The nesting islands in Cape Romain are more important that ever

This morning before dawn two small boats left Jeremy Creek in McClellanville carrying a team of volunteers into the wilderness of Cape Romain National Wildlife Refuge. These humans will spend the next 10 to 14 hours protecting loggerhead sea turtles on the edge of North America. The expedition will proceed seven days a week, five months a year, rain or shine.

The effort is the most intensive sea turtle stewardship program on Earth.

More loggerhead sea turtles nest annually on the islands of Cape Romain than anywhere else in the United States north of Cape Canaveral, Florida, and this year is special.

There is no one alive who has seen a nesting season as prolific as the one we are experiencing. As of July Fourth, the nest count was at 2,547, officially besting the previous record set in 2017. As I write this, the totals are above 3,000 nests on these remote islands.

With an average clutch size of 120 eggs per nest the math is at least 360,000 eggs this year so far in Cape Romain NWR alone … and counting.

If these turtle nesting beaches were in some far-flung corner of the world, the information here would be at least interesting. However, these stretches of wild, record-shattering nesting beaches are within a national wildlife refuge just a 40-minute drive from downtown Charleston. This fact coupled with the desperate need for long-term funding makes this information critical and pursuant to action.

The current federal policy for staffing inside all national wildlife refuges is one of attrition. This means that when a staff member moves or retires their position is not replaced. This is particularly difficult for Cape Romain as they lost their wildlife biologist and half of their maintenance crew this past year.

The 66,000-plus acres of Cape Romain National Wildlife Refuge are staffed with a dedicated, determined and overwhelmed team of four. Volunteer labor and outside funding, once a matter of excellence, has become a matter of survival.

The Coastal Expeditions Foundation has assembled a task force actively contributing to funding this most important conservation effort. We have established an interest-bearing account committed to funding the turtle project in Cape Romain this year and in perpetuity. We are determined to raise the funds it takes to protect the nests from wash over and predation, compile inventories and take steps to ensure the hatchlings make it to the ocean.

These funds also allow our refuge to contribute catalogs of data from real-time DNA samples collected from each nest to the University of Georgia’s sequencing identification program.

This research coupled with 30 years of records on loggerhead conservation efforts inside Cape Romain are invaluable to the long-term, widespread success of this endangered species.

The call to action marks what can rightly be called a “triage phase” of the 2019 turtle program. The volume of work has outrun the funding, and human resources are depleted and exhausted.

We are working hard to bridge the gap. If this sort of philanthropic opportunity interests you, please be part of this necessary effort and support the turtles inside Cape Romain NWR at www.coastalexpeditions.com/foundation.

Chris Crolley is the owner and operator of Coastal Expeditions Inc. 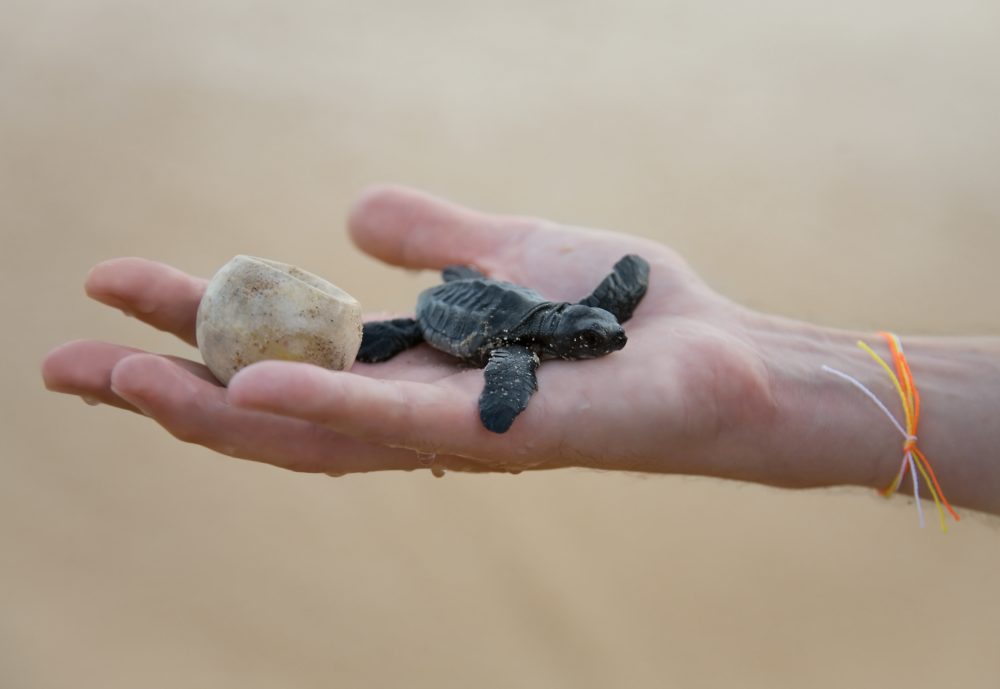 Less than 1% of all sea turtles will make it made to the beaches where they hatched to lay eggs of their own.  That’s why volunteers work so hard to protect every nest, every egg, every hatchling.

What Is Leave No Trace?