A member our our conservation community has taken to heart what it means to dig deeper, donating a collection of hard-to-find Kentucky Bourbons to help the CEF fund the 2022 program.  While he prefers to remain anonymous, we want to take this opportunity to thank him for supporting this conservation effort.  It could not have come at a better time.

Every year, the Coastal Expeditions Foundation pays the seasonal salaries of the two wildlife technicians needed to lead the program, raising funds through special Beach Drops and small donations.  We lost some momentum during the pandemic and had to borrow private money last year to ensure that the program continued.  This raffle will get us back to where we need to be.

The Sea Turtle Team has been protecting loggerhead nests in Cape Romain National Wildlife Refuge for over 30 years and has had a huge impact on nesting success and data collection during that time.  Due to federal budget cuts, this program has not been fully funded for several years.  As the most significant nesting site north of Cape Canaveral, Florida, 3000 or more nests are laid in Cape Romain National Wildlife Refuge every year.  The work of the Sea Turtle Team is vital.

Each $100 ticket protects the equivalent of six nests in Cape Romain National Wildlife Refuge- and gives you the chance to win this beautiful collection of Kentucky Bourbons from Buffalo Trace Distillery.

Please share the raffle with people want to support the program and who love good Bourbon. 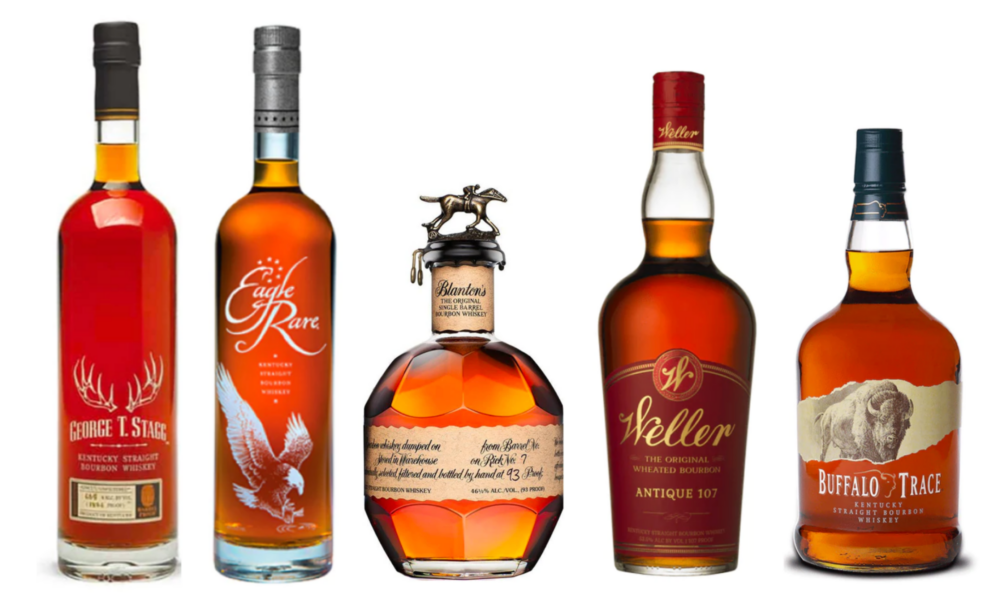 -all descriptions are from the Buffalo Trace Distillery website-

2019 George T. Stagg
KENTUCKY STRAIGHT BOURBON WHISKEY
George T. Stagg built the most dominant American distillery of the 19th century, during a time known as the Gilded Age of Bourbon. Uncut and unfiltered, this robust bourbon whiskey ages for nearly a decade and boasts the bold character that is reminiscent of the man himself.

This bourbon has become very hard to find, and retails for over $1500.

Eagle Rare
KENTUCKY STRAIGHT BOURBON WHISKEY
Eagle Rare Bourbon Whiskey is masterfully crafted and carefully aged for no less than ten years. Every barrel is discriminately selected to offer consistent flavor but with a seemingly individual personality. Eagle Rare is a bourbon that lives up to its name with its lofty, distinctive taste experience.

W.L. Weller Antique 107
KENTUCKY STRAIGHT BOURBON WHISKEY
A wheated bourbon with a full-bodied flavor and a balanced palate. Old Weller Antique is bottled at 107 proof, offering a complex taste and bold finish. It’s certainly a recognizable member of the Weller label, with its own unique characteristics to compliment the high proof.

2021 Blanton’s Derby Single Barrel*
THE ORIGINAL SINGLE BARREL BOURBON WHISKEY
In the winter of 1881, Albert Bacon Blanton was born into one of the first families of bourbon history. At the age of sixteen, he started work in the Distillery as an office boy and fast became a leading pioneer in the development of bourbon. From the time he was made company president in 1921 until his retirement in 1952, his Distillery expanded from 44 to 144 buildings to become the largest Distillery of its day. During that period Colonel Blanton created his very special and limited supply of bourbon – his private reserve – handpicked and stored in what now is known as the famous Warehouse H. Although Colonel Blanton died in the spring of 1959, his legacy lives. Introduced in 1984, Blanton’s namesake bourbon was the first ever Single Barrel Bourbon sold commercially. The Single Barrel Bourbon is the first of its kind.

Buffalo Trace
KENTUCKY STRAIGHT BOURBON WHISKEY
Ancient buffalo carved paths through the wilderness that led American pioneers and explorers to new frontiers. One such trail led to the banks of the Kentucky River where Buffalo Trace Distillery has been making bourbon whiskey the same way for more than 200 years. In tribute to the mighty buffalo and the rugged, independent spirit of the pioneers who followed them, we created our signature Buffalo Trace Kentucky Straight Bourbon Whiskey.